Spiritual belief systems of the Ojibwa 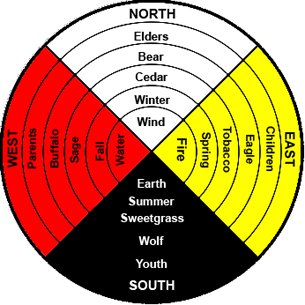 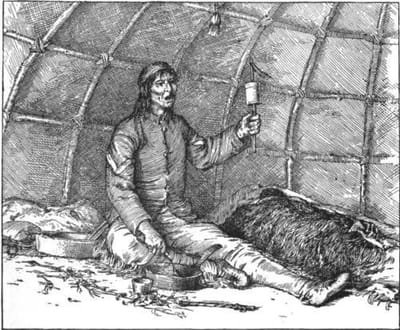 The origin myth of the Ojibwa includes a genderless creator named Kitche Manitou who created the world in five stages. The four basic elements of fire, water, earth, and wind were created first. Then the earth, sun, moon, and stars were created next. Plants grew in the third stage, animals appeared in the fourth stage, and humans were created in the fifth stage. The sun is considered the father of life, while the Earth is considered the mother of all life. The Ojibwa believe that all things must live in harmony. The Ojibwas followed animism, which is the belief that all things in nature have life flowing through them. The medicine wheel was used by many tribes, including the Ojibwa people. each object in a quadrant had another 3 things that correspond with it in the other quadrants. This wheel shows that all things go through phases, and that all four items in a set balance each other out.

When European diseases emerged in their populations, The Midewiwin practice emerged. The members, called "mides" practiced good morals and conduct, along with various healing arts. If a native was sick, it was believed that he displeased the spirits. The native would have to go to a medicine lodge, where a midew was in charge The tribal doctor would smoke sacred tobacco too alert the spirits that the natives recognize them. Other plants and woods could be burned for cleansing or purifying effects. Southeastern and Southwestern Ojibwa practice medicine dances, which were meant to heal the ill. The Ojibwa in the plains practiced this dance to, but it was pushed aside by the Sun Dance in importance.


I BUILT MY SITE FOR FREE USING