General Lifestyle of the Ojibwa 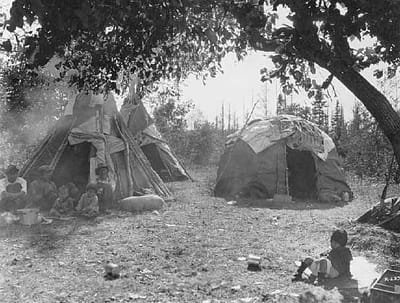 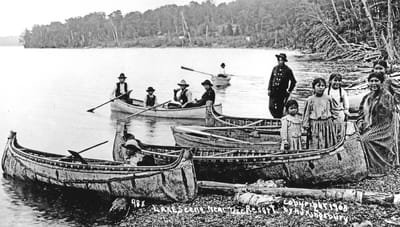 Just like many other tribes, trading and a sense of community was highly respected in their culture. Families and neighbors would share food and other belongings to those who were less fortunate. The Ojibwa housing was called a wigwam. A wigwam has a pole frame as the support, and twine and leather stripes was used as the covering, or walls of the structure. It could be built in a dome or tent shape, which just came down to personal preference. Specialized wigwams called medicine lodges, were the basic clinics for the community. The Ojibwa used Birch dugout canoes to help them traverse across Lake Huron. Other tools they used were snowshoes, hatchet axes, spears, lances, and knives. These tools were useful in combat, construction, and art craft.

The Ojibwa were primarily hunter-gathers, along with some farming. The men were the hunters and the women were the gatherers. The men hunted for fish, deer, bears, beavers, lynx, and squirrels. The Ojibwa cut the meat in strips and dried them out to create jerky, which lasted much longer than raw meat. Women would farm squash, beans, and corn (Three Sisters) and would gather any berries. Women also were in charge of cooking and creating clothes for their children.
I BUILT MY SITE FOR FREE USING