Modern Day Existence of the Ojibwa 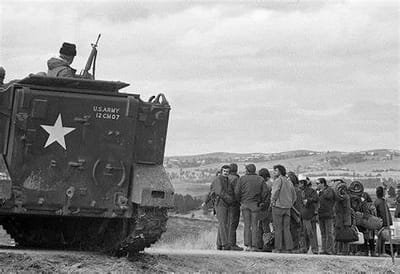 The modern existence of the Ojibwa began primarily in the 1950's and 60's, which was the bulk of the civil rights era.  The Red Power Movement was a series of protest led by many different native groups, who wished to show the world the many difficulties and injustices put upon their people. In 1968, 3 Ojibwa men founded AIM or the American Indian Movement. The group is known for its more extreme forms of protest, such as the seizure of the village of Wounded Knee in South Dakota. The village was captured in 1973, and AIM had an armed battle with federal forces, in which 2 activists were killed and 14 were injured. After 71 days of AIM control, the federal government finally took back the village. Today, this organization tries to raise awareness of treaty rights violated by U.S. governments, whether it is federal, state, or local governments. Needless to say, they have became more peaceful and reasonable in its protest efforts.

Water contamination is a huge issue for many different tribes, including the Ojibwa. In 2008, Canada passed a Water Declaration which protected the right to fresh water to the First Nations, or Anishinaabe. Many communities have problems industrial pollution in the air and in their water. Mining, logging, and industrialization of ancestral lands hurts the Ojibwa's ability to preserve their culture and memory of their past people. To combat underrepresentation, they Ojibwa banded with other First Nation tribes. The other six tribes were the Ottawa, Potawatomi, Algonquin, Lanaape, Mississauga, and Nbiising. This group became known as the Anishinaabe Nation. A joint Constitution was written in 2011, which unified the nations under a single set of laws. This group can now have a better chance at challenging violated treaties and regain rights that were taken away from them.

I BUILT MY SITE FOR FREE USING